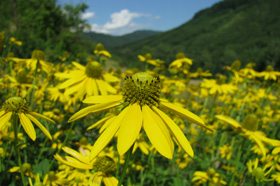 Along with the vast global changes that have resulted from the increase in numbers of people worldwide over the last few centuries and decades, there has been an increasing concern about the consequences of the introduction and spread of alien species. As numerous studies have shown, both intentionally and accidentally introduced alien species of plants may have huge environmental effects on native biodiversity, through changes in community structure, nutrient cycles, trophic levels, hydrology, fire regimes, allelopathy, competition, hybridization and others, and may even cause high economic losses by reducing yields in crops and pastures, promoting allergic reactions and altering the natural environment.

Complete lists of alien taxa are a very helpful tool for addressing the above-mentioned questions and enable us to perform macroecological studies on invasion patterns and trends at both national and continental levels. The progress on the latter was stimulated by the EU funded DAISIE project that resulted in major advance in the knowledge of the state of the art of biological invasions in Europe. As a result, detailed catalogues of the alien plants and animals in various European countries were produced during the last decade. Although there were such catalogues for several neighbouring countries, these catalogues only have regional validity and therefore could not be used for the studies performed in Slovakia.

Growing need of a complete inventory of all of the alien vascular taxa in Slovakia, summarizing all of the data published on certain alien taxa recorded in Slovakia to date, led to the preparation of the Inventory of the alien flora of Slovakia (Medvecká et al. 2012). It was designed to report the current state of the alien vascular flora of Slovakia. Data included in the inventory were obtained by excerption and analysis of vast amount of published data, databases CDF (http://ibot.sav.sk/cdf/, at that time consisting of 51,523 phytosociological relevés) and ISTB (http://www.sopsr.sk/istb/, at that time consisting of 5,872 records), together with our own personal knowledge and knowledge of our colleagues.

Presented database is based on the published article and we are trying to keep it updated by including new information that was not part of the original article. If you know of any other alien taxa that were found in Slovakia outside of cultivation and are not included in the list, please, contact us on dass@savba.sk.